Imagine this: a world divided — where systems of government have splintered and fallen, global infrastructures have collapsed under the weight of constant turmoil, and prosperity seems a Sisyphean feat.

Now, imagine it’s your job to rebuild and reshape these systems with the goal of ensuring lasting peace. It doesn’t sound easy, but it’s exactly what Fieldston Middle Schoolers in the Model United Nations Club successfully accomplished at the Ursuline School Model UN Conference.

On a brisk Saturday in November, the Fieldston Middle School Model UN team traveled to New Rochelle to participate in TUSMUNC II, a gathering of independent school Model UN teams. The conference’s theme, Out of Ashes: Reconstruction After Conflict, tasked ECFS students with working together to shape a fledgling new world order, develop a new power structure between the mythical leaders that direct this fictional world, address a military coup in West Africa, and resolve a critical electricity outage in New York City. It was a task that required quick wits, ample preparation, and creative thinking — and the students were up to the challenge.

Fieldston Middle School students in the Model UN Club are no strangers to resolving global conflict; in fact, it’s what they study and prepare for every week. “If you are interested in any issue in this world, or if you are interested in making the world a better place, then Model UN has a place for you,” says Robert Adanto, advisor to the Fieldston Middle School Model UN Club.

Model UN offers an authentic simulation of the General Assembly, Security Council, and other sessions of the United Nations. Students in Model UN rigorously — yet diplomatically — debate a topic using the knowledge and research they have on hand. The club is a platform for students to get experience in the rules and procedures of the United Nations, and to practice research, critical thinking, and public speaking.

“I learn about history and current events, but I get to do it through someone else’s shoes,” says Dahlia Z. ’25. “I enjoy being able to learn about a topic through the view of whatever country or person I am representing.”

The key to success is preparation, and during weekly club meetings, ECFS students spend the majority of their time researching international affairs and writing and revising position papers.

“The most challenging thing in Model UN is having to use all my background research and come up with ideas and solutions on how to solve the crisis,” Dahlia explains. “It is especially hard during the conferences when I am under pressure to think of more ideas.”

In the weeks leading up to the November conference, students shared their research with each other, as well as their prepared opening statements. The student-delegates also engaged in impromptu rounds of mock committee, where they practiced the question-and-answer banter that would take place at the conference.

“At Model UN conferences, you speak a lot and people will only listen to you if you sound like you know what you are talking about — so you need to be a good public speaker,” says Dahlia. At the conference, the young delegates addressed ways of rebuilding global systems battered by conflict and fractionalization. The students debated eloquently, armed with an arsenal of research and preparation.

Their hard work certainly paid off: during the closing ceremonies, ECFS students took home seven awards spanning every category at the conference, including multiple nods for Best Delegate and Best Position Paper.

Model UN offers students a unique opportunity to think critically about what it takes to tackle complex global affairs. “It teaches young people how hard it is to make real change in the world when every country has its own stance on issues and refuses to see any other perspective,” explains Adanto. Issues such as climate change, poverty and hunger, human rights, and nuclear proliferation must all be addressed on the global stage if they are ever to be resolved.

Thanks to the Fieldston Middle School Model UN team, it seems our future is in good hands.

Awards received were as follows: 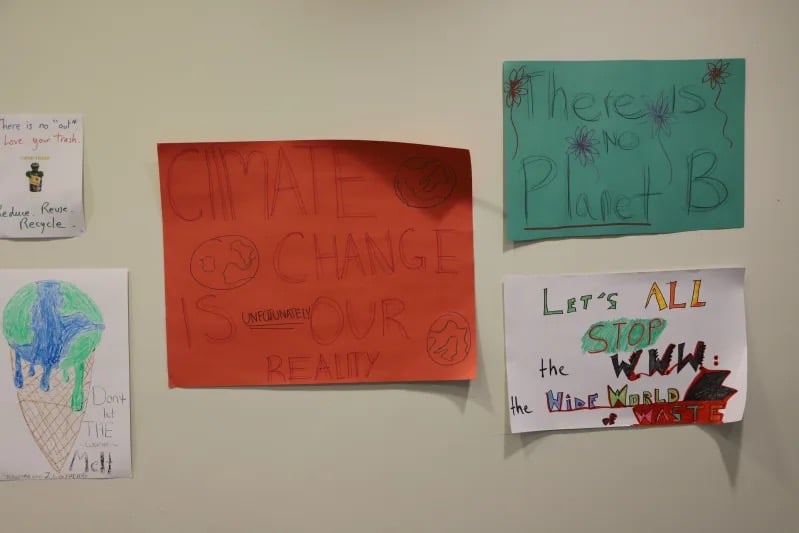