On a frigid Friday in January — less than a week after temperatures in New York skyrocketed to a summery 70 degrees — Hamid Rashid, Chief of the Development Research Branch of the United Nations Department of Economic and Social Affairs and current ECFS parent, spoke to Fieldston Middle School students about climate change, population displacement, and Disney movies.

Addressing the entire 7th Grade — who recently studied climate change in science class and learned about the refugee crisis in history — Rashid began his talk by illuminating surprising information about the United Nations. “When I go to work each morning, I leave the country,” he mused. “The UN is legally outside of the United States. We even have our own passports.”

With personal background out of the way and student interest piqued, Rashid transitioned into the focus of his presentation: how climate change is impacting the refugee crisis, and how it will eventually lead to mass population displacement.

“Humanity has always been on the move,” explained Rashid. Since the dawn of civilization, humans have migrated across the globe, often in search of natural resources. Now, the world is witnessing catastrophic rates of migration and displacement. In 2018, one in every 108 people was forcibly displaced from their homeland — an average of 37,000 newly displaced people a day. Between 2015 and 2018, the number of refugees and asylum seekers increased from 24.5 million to 29.4 million. And these numbers show no signs of slowing down.

“Climate change is increasingly the most powerful driver of population displacement,” said Rashid. Water scarcity alone may displace up to 700 million people by the year 2030. “When you waste water, keep that in mind,” he warned students.

Rashid shared several graphics and figures depicting the catastrophic consequences of climate change before clicking to a slide that seemed like a non sequitur — pictures of the posters for “Moana” and “Frozen 2”. There were a few outbursts of excited recognition before Rashid was able to quiet the crowd and explain how each of these movies is, in fact, about migration and climate change.

We at the UN are a little bit like Moana.

“Moana,” for example, tells the story of an island in the Pacific where the crops and wildlife are dying, he explained. Moana, the title character, travels across the sea to aid the conservation of nature by restoring the heart of Te Fiti, the Polynesian goddess of Earth and life. It is revealed in the film that Moana’s ancestors were voyagers and had to travel the ocean in search of hospitable homelands.

“We at the UN are a little bit like Moana,” Rashid told the crowd. “We have big challenges with little help.”

Following the presentation in the Stu-Fac, a handful of Fieldston Middle School students elected to spend their lunch break with Rashid to ask questions in a smaller, more relaxed format. Over slices of pizza and chocolate chip cookies, students engaged Rashid in a complex conversation, asking thoughtful, detailed questions that made clear their advanced understanding of the global climate crisis.

Rashid spoke to the students candidly, acknowledging where the UN struggles and where it is making strides. While it has not yet designated “climate change refugee” an official term, for example, it has banned all forms of plastic from its headquarters.

“Do you believe that progress in terms of climate change will reduce the number of forcibly displaced people?” Alkis K. ’25 asked toward the end of the session.

Rashid explained that, while he does believe this is true, we must also be mindful of other factors of migration, such as economic issues. He explained that we must take the economy into account when addressing climate change and focus on the ways in which the two intersect. Alkis followed up his own question with an observation: “All of these issues and the goals we have for the future — environmental, political, economic — kind of correlate with each other. Any step in the right direction in any of these areas will eventually connect to the others.”

Despite the grim statistics he shared during his presentation, Rashid encouraged the students to continue taking small actions to combat climate change. “Hopefully your generation will have a better sense of empathy. Without empathy, the world will be a sad place.”

Fortunately, for our future world, ECFS students are empowered to be changemakers, ready and able to tackle these issues head on. Everything Parents/Guardians Need to Know About How We Teach Writing 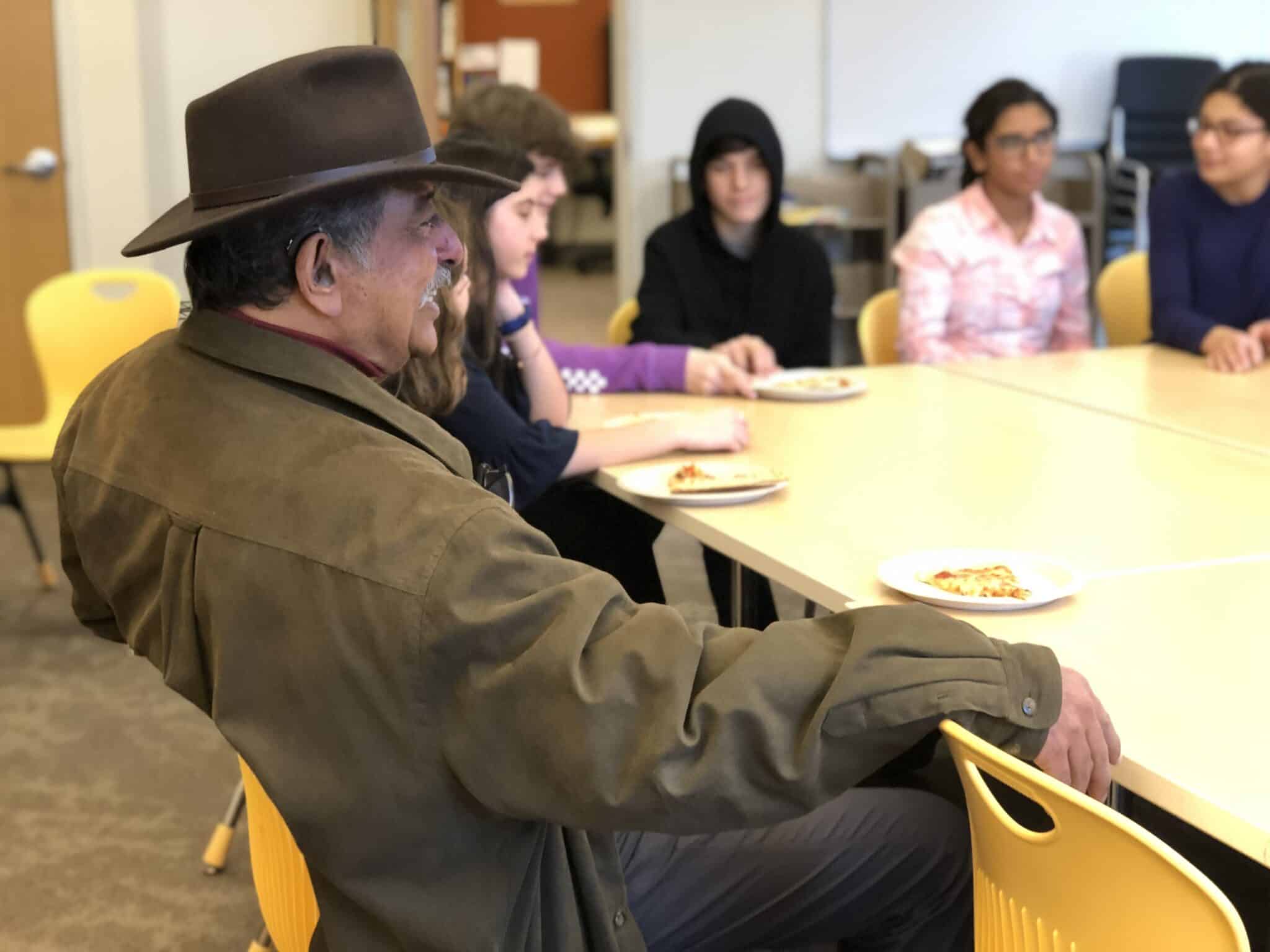