On the Fieldston campus of the Ethical Culture Fieldston School, pristine white blankets of snow represent endless possibilities for fun and play. For Form III students, the snowy campus inspired an entire event. Like during past events from this year, Fieldston Upper students took advantage of the outdoor spaces on campus to socialize and bond outside of the classroom.

“I see these events like the snow-cial — name courtesy of Rashad Randolph, Assistant Principal for Student Life — and the October fall social as an opportunity for students to come together across cohorts in a low-stakes, positive environment,” says Stephanie Harris, Form III Dean. “It’s hard for new and returning students to develop friendships and to feel connected to the larger form community. That’s why I have held in-person and virtual events throughout the year.”

On a Wednesday afternoon in February, Form III students gathered on the upper field to drink hot chocolate and cider, munch on their favorite snacks, play a few lawn games, and — the highlight of the event — compete for who could build the biggest, most creative snow sculpture.

While pop music blared from nearby speakers, the students played and danced in the snow before self-selecting their teams to design and create their snow masterpieces.

“I have the best idea!” one student said to another, then whispered her inspiration so that no one nearby could copy her. After a quick planning session, scanning the area for the best piece of land to start building, the two students set off to bring their design to life — a snowy reproduction of Snoopy lying on his doghouse.

Across the field, a group of students were making quick work of their entry: a sculpture inspired by one student’s favorite baseball player. After rolling and piling four large mounds of snow, the students set about decorating with candy and found objects. Pointing to the snowman’s eyes — which were made with two different-flavored lollipops — one student explained that he was inspired by Washington Nationals pitcher Max Scherzer, who has two different-colored eyes. “He’s the reigning Cy Young champion,” he said proudly.

When time was up, Harris began the judging process, which included measuring each sculpture for height and deliberating on overall creativity. In the end, the baseball star statue, standing at nearly five feet tall, took the prize for size, while Snoopy on his shed won for creativity. Each team received their award in the form of a bag of candy — a trophy that can be enjoyed by everyone.

Despite the end to the competition — awards distributed and all — Team Snoopy continued to work. They wanted to fill out their sculpture’s details, and as other students began to pack up and head toward the bus, the girls were still hard at work, laughing as they piled and shaped more snow.

“You’re continuing even after your victory?” a student called over to them.

“We need to perfect our perfection!” one girl replied, meticulously shaping.

The Form III snow-cial is an example of how students at the Ethical Culture Fieldston School have continued to experience joy and togetherness in unique and creative ways. Because of the hyflex schedule, many Form III students do not have opportunities to connect with each other — either remotely or in-person — during the school day. These events offer students from across the grade the opportunity to spend time together and get to know one another in a relaxing, social environment.

“My favorite part of the snow-cial was seeing students from different cohorts all coming together and making the event their own,” says Harris. “Seeing them happy was the most rewarding part.” 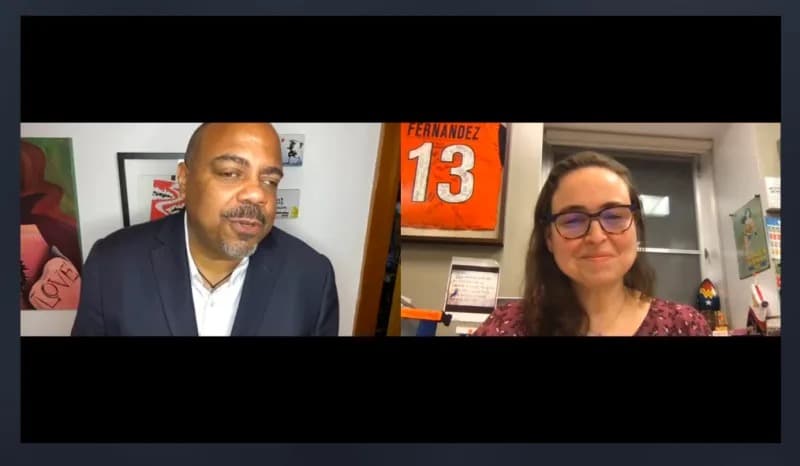