When Dr. Ann Wright’s cat walked across her desk and took over the screen, the students in the Fieldston Middle Girls in Science Club cracked up, angling to get a better view. Wright, Professor of Physics and Chair of the Natural Sciences Department (which includes Physics, Chemistry, Math, Computer Science, and Biology) at Hendrix College in Conway, Arkansas, introduced herself to the assembled group, who in turn introduced themselves and their specific areas of interest.

The club members had carefully selected Wright — an actual rocket scientist — through the 500 Women Scientists organization to join their January club meeting, and Wright called the invitation “a big honor.” Their hope was that Wright would speak to the experience of being a woman in science and also to the love of science that the club members hold so dear.

The Fieldston Middle Girls in Science Club exists to bolster women’s involvement in a field historically dominated by white men, to let women students explore their interests across an array of scientific disciplines, to foster conversations about current events, and to build confidence. “The diverse group provides the students with the opportunity to support as well as mentor each other,” says Courtnay Hull, Fieldston Middle Science Department Chair and Club Advisor. They are part of the Fieldston Middle club experience that has gone virtual — but haven’t lost anything that makes the club special by being remote.

On Google Meet, Wright gave a bit of her own history. She’s a trailblazer — the first woman hired in the Hendrix College Physics Department — which “blew her mind,” she says. She brought on another woman physicist, and the department is now 50% women.

Wright told the students about her career and about her research. (In a particularly exciting moment, she told the club about her plans for the April 2024 total solar eclipse, when the path of totality will go directly through the college. “I’m going to throw the biggest party that this college has ever seen,” she said.)

When Wright opened up the conversation for questions, students immediately responded. Top of mind was the issue of working in a discipline predominantly composed of men, and Sadie H. ’26 asked the first question about the subject. Wright spoke to the importance of mentors, and to how an older woman took her under her wing. It was a moment of recognition for the students, who are serving as mentors to others.

Dahlia Z. ’25 got to a point many of us remember from middle school: Will I actually use any of this? She was specifically interested in Newton’s first law of motion, which she’s currently studying in her 8th Grade class. “How often does that actually translate to the science that you do?” she asked. “It’s very applicable,” Wright said. “When you do the motion of celestial objects, you can do all of that with Newton’s laws.”

Hull posed a question about preparedness to study science in college: “What concepts are crucial to master?” Wright answered without hesitation: “We can teach you everything you need to know in your Science class,” she said, “but what we need for incoming students are math skills.” Another helpful skill? Computer science. “If you can become comfortable with new software packages or computer skills, that’s going to take you really far,” Wright said.

Adia S. ’25 looked to the progress of efforts to include more women in STEM, asking Wright if she’d seen an increase in women’s participation. Wright has seen an increase — but she says, “There’s still a long way to go. We’re working on it every day.”

Wright also spoke to her own experience with a girls in science club — in graduate school, she founded her own club. The members met every two weeks over dinner to discuss the issues they were facing, and the club became a recruitment tool for potential women Physics students. Wright made sure she brought a women-in-physics club to Hendrix for her undergraduate students, but she wishes the clubs were already more commonplace. “I love that you have a club already,” she said. “I wish I had that.”

Wright is just one of several speakers the students have hosted this year; another is Erin Pettit, a polar scientist at the College of Earth, Ocean, and Atmospheric Sciences at Oregon State University. (Pettit, like Wright, has done work that’s especially relevant to the club’s interests: She has presented at TEDWomen, and she created the Girls on Ice program to teach high school girls about glaciology, ecology, and mountaineering.)

“We’re trying to expose the girls to women who work in the field, perform research, and engage in the practice of engineering, medicine, and more,” Hull says. It’s a critical example of representation: If the young women in the club can see examples of women who have careers in the sciences, they can visualize and chart their own course along the same path. Students in the club also have role models closer to home: Fieldston Upper students saw a lack of representation of marginalized groups in their Science textbooks, and wrote letters to the editor requesting changes.

The club has gone a long way to building confidence — while in the past the girls may have deferred to the boys in the classroom, Hull says there’s been a discovery of “strength and knowledge to share.” That confidence goes beyond club meetings and the classroom: The club members act as representatives for the community. At a meet-and-greet for potential Fieldston Middle families, for example, the girls were a “big hit” speaking about their experiences, Hull says.

The club has its sights on a hands-on project for the spring: They will be building a Rube Goldberg contraption (“Or, as we call it, a ‘Rube Girl-berg’ contraption,” says Hull). They’re also presenting at a Fieldston Middle-wide assembly at the end of February, spreading their message to the school community.

The group has no signs of slowing down, even in a hyflex (a mix of synchronous and asynchronous classes that take place either on campus or remotely) year marked by tremendous change. Its membership has nearly doubled this year, thanks to word of the club’s activities spreading across Fieldston Middle. “It makes me so happy that the girls desire to have a space to talk about and explore the things that interest them most, such as science, math, and engineering, as well as run some experiments and meet women in those fields,” Hull says. “It’s an honor to serve as a mentor to these remarkable young women.” 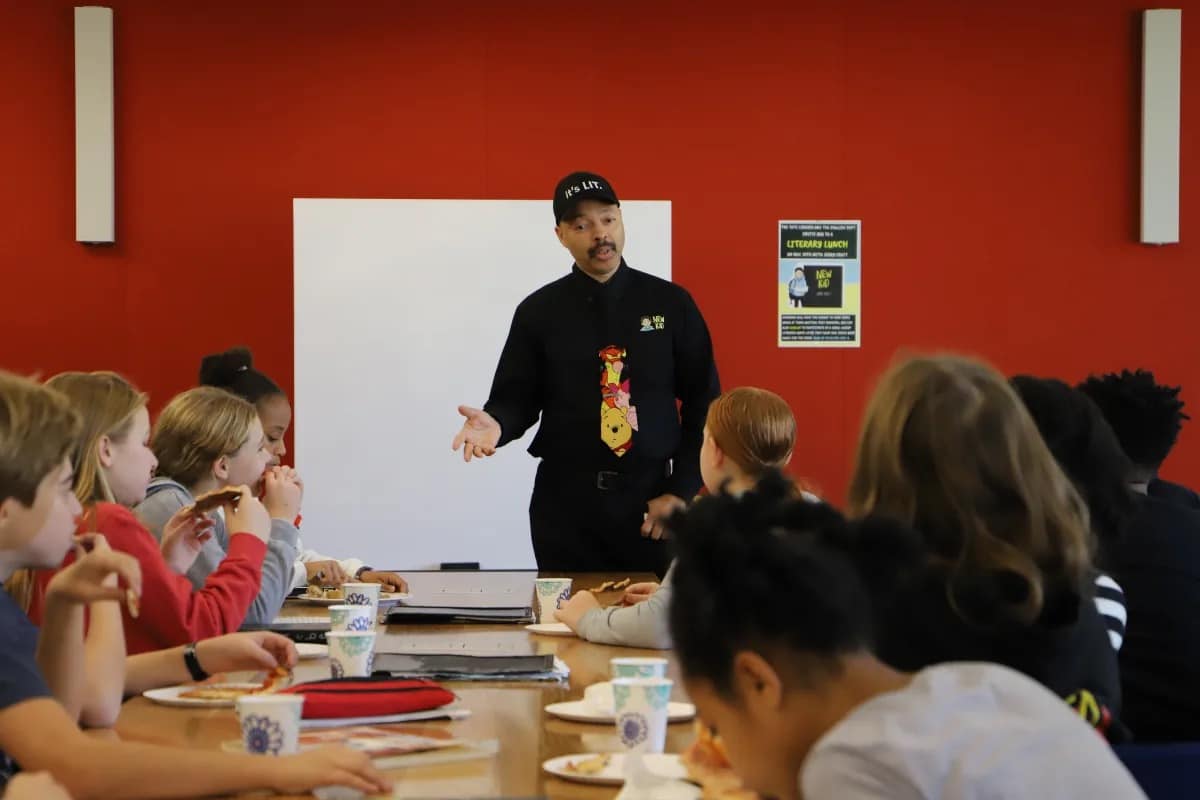